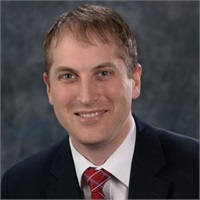 James Hurst began his journey towards becoming a financial advisor in 2008. James had reached the top of his previous career and did not desire to move his family with the prospect of a promotion. James started to think of a new path, where he can take the knowledge and skills he has learned and still be able to help people. James had a friend who went to work for a large financial firm and he decided he would follow suit, until he was approached by Craig Phair from Klamath Insurance Center. Craig asked James to join Klamath Insurance as an Independent Advisor. James took the leap and joined Klamath Insurance Center in July of 2008.

Shortly after, James met Kelly Bissinger of Legacy Creation Network. James was being trained and mentored by Kelly to become a Life Insurance Agent and Financial Advisor. As James started working with Kelly and saw his practice, James knew he was in the right place and wanted to do the same thing for himself.

Over the years James has become a pillar of his community and an invaluable advisor to his clients. James has received numerous sales awards and has been a member of the Kansas City Life Insurance Company President’s Club nearly every year. James has become a part owner of Klamath Insurance Center, Inc and Insurance Marketplace, Inc in Klamath Falls and Medford, Oregon, respectively. In 2013, James and Kelly worked out a plan for James to take ownership of Legacy Creation Network.

James has been married to his wife, Cassy, since 1998 and have 4 children. James’s oldest son, Logan, has plans to study finance in college and hopes to join Legacy Creation Network in the future. James is completely dedicated to his family and when he is not at work, he is with his family. His family will often kayak together and spend time in the mountains, just exploring the area around them. James is also a very avid vocalist and loves to sing and teach others.

Outside of the office, James is on the Board of Directors for Cascade Health Alliance where he also serves as the Chair of the Community Partners Advisory Committee.  He also serves as a board member at Atrio Health Plans. James is very active in the performing arts sectors, serving on the Board of the Ross Ragland Theater’s Rife Foundation and performs regularly at the theater. James also serves on the Southern Oregon Leadership Council for the Oregon Community Foundation.  James has also been active in the Boy Scouts as a volunteer continuously registered since he became a Scout in 1983.  He teaches vocal music and conducted 3 performances of Handel’s Messiah with a community orchestra and chorus.  James is heavily involved in his church, serving in many different leadership roles and volunteer positions.

James has spent his life helping others. As an Advisor, James feels he has an opportunity to help them. He is a people-person and loves talking and learning from those around him. James admits that he has learned a lot from his clients about being a better person, husband, and father. James works with his clients to teach individual responsibility towards their goals, which will lead to prosperity, security, and help them leave behind a legacy. Financial planning is the mechanism for people to achieve their “purpose”. Our clients are mazing people who are working to acquire valuable wealth to achieve THEIR goals and purpose.