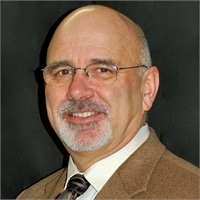 Kelly Bissinger started his career in financial services in 1976. He was recruited by his high school friend, Larry Simmons, of The Simmons Agency. Kelly started in the industry in the Life and Health Insurance sector, before passing the Series 6 exam in 1987. From that point, Kelly was focused on being a Financial Advisor, finding joy in helping people through the complex maze of financial planning. In 1999, Kelly started Legacy Creation Network.

Kelly is locally-grown, being born and raised in the Hermiston-Stanfield area. Before joining Simmons Agency, Kelly was a Teacher/Principal in Harper, Oregon and previously a Teacher in Umatilla, Oregon. When Larry Simmons first came to Kelly he was unsure about leaving his career behind. Kelly decided he was up to the challenge in being in business for himself, and accepted his new position.

Kelly has done exceptionally well during his career. He currently holds the designation of Life Underwriter Training Council Fellow (LUTFC) and has won numerous industry awards, such as National Sales Achievement Award and National Sales Quality Award from Kansas City Life Insurance Company. Kelly has also been a member of the Million Dollar Round Table (MDRT).

Outside of his career, Kelly has stayed in tune with the education field. Kelly has been a member of the Hermiston School District Budget Committee and served as a Board Member and Board Chair for the School District. Currently, Kelly is the Board Chair for the Inter-Mountain Education Service District. As his two sons were growing up, you could bet you would find Kelly on the field while his kids enjoyed Football and Baseball.

Kelly has been married to the love of his life for 39 years. Together they had two sons, one of which is an Engineer and the other a Deputy District Attorney. Kelly and his family are very active in anything to do outdoors. If you are awake early enough, you might see Kelly riding his bike on a quick ride to Pendleton and back. Kelly is an avid outdoorsman and enjoys spending his off-time at his cabin with his family. Kelly and his wife are very active in their church and provide marriage education classes to the members.

Kelly got into this career to help others. In his opinion, this profession is about providing quality advice to the public and help them achieve their financial goals. Kelly knows success means different things to different people and works to make YOU successful and achieve YOUR goals. Kelly is a trusted Advisor to clients all around the world, and has been instrumental in the education and training of dozens of Agents and Advisors.